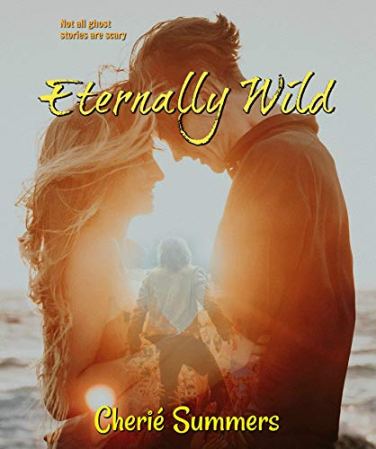 Melanie Davis has struggled to do anything more than what is required of her ever since tragedy struck. With nothing but work and home filling her days, Melanie is caught off guard by a stranger who looks a little too familiar. Caesar Blue. The Rockstar. But Ceasar died sixteen years ago in a horrific accident, leaving behind his three bandmates. No one was more affected than his best friend and drummer, Johnnie Vega.

Why has Caesar returned and why to her? While a fan of the band, Melanie and Caesar never met so why is he drawn to her and what connection could she have to Johnnie? Coming face to face with Johnnie, Melanie is forced to keep her feelings in check because nothing good can come from falling for him. When death and love tangle, things tend to get messy, but when death comes first, there is a whole new set of issues to face.

This book is honestly one of the best books I have read in a while. I tried to sit down and pinpoint why I loved it so much but I don’t have one specific reason. All I know is this book ripped out my heart and smashed it into a million pieces. So obviously I HIGHLY recommend it.

When I sat down to read this book, I thought I was going to read a few chapters and then go to bed. I finished it in the early hours of the next morning after reading it in one sitting. I did not put down this book once. I never knew what was coming next. I never knew who was going to show up or if they were going to show up at all. I was kept guessing the entire time, which I find really hard to do in romance novels.

I laughed out loud (literally) more times than I could count and I know that I cried at least five times. And when I say I cried, I mean sobbed with snot, blurry vision and the whole nine yards. My heart was broken and healed and then broken some more. I loved every second of this book.

Melanie was a really interesting character to follow because I felt like I continued to get to know her throughout the whole book. While she did have a character arc and I was happy with her growth, my favorite part was that I was still learning her until the very end. I also thought she was an extremely relatable character. She was well flushed out and I could see her mood swings and her personality. (Also can I just say that I really liked the fact that she had a period?)

While there were a few lines throughout the book that I think could have been altered to flow better, overall the writing in the book was good. It was an easy read and there were no distracting errors.

It was extremely hard to keep this review spoiler-free so I did not go into any detail except in the short synopsis I wrote above. I feel like EVERYTHING I had to say about this book would have been a spoiler.

I gave this book 5 out of 5 stars. While there are aspects that could have been tightened up and improved, I am easily able to overlook them because of the emotion this book brought out in me. I can honestly say this book is one of the best romances I have read and has undoubtedly made it onto my favorites shelf.

I really hope everyone else enjoys it as much as I did!

One thought on “Eternally Wild by Cherié Summers”