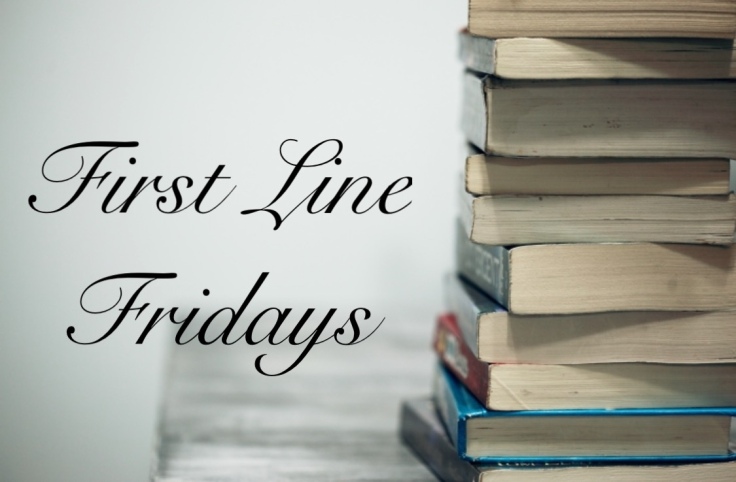 First Lines Fridays is a weekly feature for book lovers hosted by Wandering Words. What if instead of judging a book by its cover, its author or its prestige, we judged it by its opening lines?

Pick a book off your shelf (it could be your current read or on your TBR) and open to the first page. Copy the first few lines, but don’t give anything else about the book away just yet – you need to hook the reader first

People often shit themselves when they die.
Their muscles slack and their souls flutter free and everything else just … slips out. For all their audience’s love of death, the playwrights seldom mention it. When our hero breathes his last in his heroine’s arms, they call no attention to the stain leaking across his tights, or how the stink makes her eyes water as she leans in for her farewell kiss.

These opening lines definitely caught my attention. Talking about shit is definitely a unique way to open a book. I love it though. It is raw and honest, but it is also hilarious. I only picked up this book for this challenge, but it was hard to put it down after reading this. I don’t think it reveals very much about the book though.

And the book is…

In a land where three suns almost never set, a fledgling killer joins a school of assassins, seeking vengeance against the powers who destroyed her family.

Daughter of an executed traitor, Mia Corvere is barely able to escape her father’s failed rebellion with her life. Alone and friendless, she hides in a city built from the bones of a dead god, hunted by the Senate and her father’s former comrades. But her gift for speaking with the shadows leads her to the door of a retired killer, and a future she never imagined.

Now, Mia is apprenticed to the deadliest flock of assassins in the entire Republic—the Red Church. If she bests her fellow students in contests of steel, poison and the subtle arts, she’ll be inducted among the Blades of the Lady of Blessed Murder, and one step closer to the vengeance she desires. But a killer is loose within the Church’s halls, the bloody secrets of Mia’s past return to haunt her, and a plot to bring down the entire congregation is unfolding in the shadows she so loves.

Will she even survive to initiation, let alone have her revenge?
(Synopsis from Goodreads)

I cannot wait to start this book. I have heard so many great things about it. It wasn’t on my immediate TBR, but now it is!

Have you read this book? If so, did you enjoy it? If not, is it on your TBR? Let me know what you think! What did you think of those opening lines?