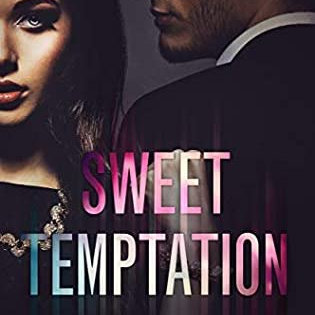 Sweet Temptation by Cora Reilly is a standalone, mafia arranged marriage romance. However, you get brief glimpses of characters from Reilly’s Born in Blood series.

The first time Cassio met his fiancée, she called him ‘Sir’.

After losing his wife, Cassio is left to take care of two small children while trying to establish his rule over Philadelphia. Now he needs a mother for his children, and someone who can warm his bed at night.

But in a traditional world as his, choosing your wife is duty not pleasure. Rules have to be followed. Traditions heeded. That’s how he ends up with a woman—a girl barely of age. She might not be what he and his children need, but she’s wicked lovely and a sweet temptation he can’t resist.

Giulia always knew she’d marry a man her father chose for her. Only she never expected to be given to someone much older. Suddenly she’s supposed to be a mother to two small children when she hasn’t even held a baby in her life.

Giulia quickly realizes that Cassio isn’t interested in a relationship on equal footing. Her mother always warned her that men of power like Cassio don’t tolerate insolence; yet, tired of being treated as a nanny and clueless child-bride, Giulia decides to fight for her vision of a happy family. (Synposis from Goodreads).

Tense, but sweet. A book that will not be easy to forget.

Mafia romances are not usually my cup of tea, but hit just the right spot. There was a lot of tension between the various characters, but I loved every moment of it. It had me on the edge of my seat and even coaxed a few tears from me. I was so wrapped up in this book that I couldn’t think of anything else.

Giulia and Cassio. These two made me laugh and cry, but more than that they made my heart skip a beat. They were complete opposites, but that’s what made them work. Giulia brought out the best in Cassio, even if that meant she had to push him a little.

The struggles they both have to deal with in their relationship were real. Between the age difference, the kids, and the difficult family, it was relatable, even if you aren’t part of the mafia.

I don’t know why arranged marriage romances always made me giddy, but they do. I love when two people are thrown together and have to want to make it work. It would be so easy for them not to try, but what kind of story would that be?

My heart instantly went out to Daniele and Simona. They were both so young when they lost their mother. I just wanted to wrap them up in a big hug and love them.

As for the writing itself, it was a quick, easy read that held me captive. It flowed really nice and was easy to follow. I will say that time starts to move very quickly in the last 20% of the book which I wasn’t really a fan of. The first 80% of the book was like two months, but then months pass very quickly. It threw me off.

This was my first book by Reilly and I have to admit that I am hooked.

Overall though, I really did love this story. I doubt I will be able to forget Giulia and Cassio any time soon. I can’t wait to pick up another book by Reilly. I gave this book 5 out of 5 stars. I highly recommend it to anyone looking for a mafia or arranged marriage story. I also recommend it to anyone who just wants to be captivated by a tense, but sweet romance.